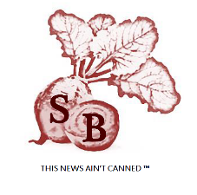 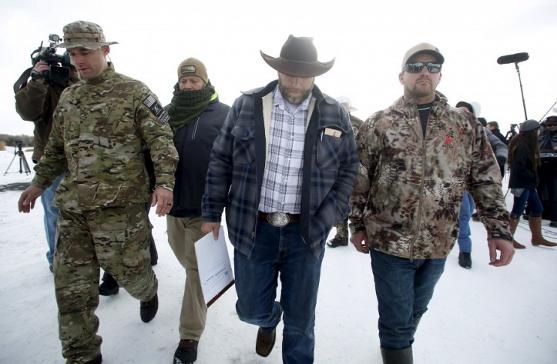 Ammon Bundy leaves a press conference during his armed occupation of Malheur National Wildlife Refuge, which area man Dave McWinkler expressed to his wife that he wanted to join (Photo: Reuters/Jim Urquhart)

KENNESAW, GA — While polishing off some leftover triple-meat pizza in bed and catching the SportsCenter highlights, local McMansion owner, assault weapons enthusiast, and father of four Dave McWinkler reportedly expressed to his wife — who was lying beside him watching Scandal on her iPhone — that he wished to join the “heroic, historic” militia standoff happening clear across the country, whereupon she “absolutely kicked his ass,” sources confirm.

“You know, that guy Ammon Bundy’s got real balls, just what this country needs. I might just go help him,” McWinkler reportedly said to his wife, Kimberly, moments before she smashed a nightstand lamp over his head that led to an ER visit, seventeen stitches, and a referral to a facial reconstruction specialist.

“It’s such a sacrifice, leaving his family like that to stand up to Obama’s tyranny,” the affluent gun rights activist added, a mere half-second before the lamp crashed over his head, leaving him temporarily unconscious.

Following a couple days of bedrest, sources confirm McWinkler — while icing his jawbone, taking another painkiller, and applying prescription-grade antibacterial ointment to his wounds — was overheard making plans to participate in some “open carry action” at the local Kroger.

When reached for comment by telephone, his wife Kimberly indicated she didn’t care: “My dumbass husband can open carry his assault rifle at Kroger all he wants if that’s what it takes for him to do the grocery shopping,” she told reporters. “This is Kennesaw, Georgia. Most people won’t bat an eye, and anyone who does will see what a fool he is, wandering the bread aisle with a semiautomatic weapon just to make a point. As long as he doesn’t forget to pick up some milk, laundry detergent, and a new bulb for the lamp I shattered over his head when he started talking about leaving our family and to joinan antigovernment militia standoff in a blizzard 2,000 miles away, we’re good. Or you know what? Now that I heard myself say it out loud, maybe he should just go to Oregon.”

At press time, McWinkler, who had just two days prior expressed sincere interest in participating in an armed insurgency from a frozen wilderness outpost, was reportedly seen scratching his head in Kroger’s cleaning products aisle, assault rifle slung over his shoulder, unsure of what kind of detergent to get since he had never before done the laundry.