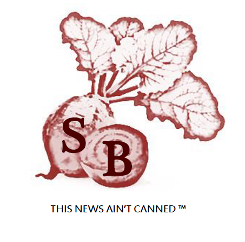 LYNCHBURG, VA — Earlier this week at Liberty University, speaking to a convocation of students who were in attendance because it was either that or dig trenches, Republican presidential frontrunner Donald Trump bungled several references to the Book of Numbers.

“69, 1, 800, 22 1:20: ‘From the descendants of Reuben the firstborn son of Israel: All the men twenty years old or more who were able to serve in the army were listed by name, one by one, according to the records of their clans and families,’ right? That’s the whole ball game, right?” Trump said to a record crowd of 18- and 19-year-old evangelical Christians who for the first time in their lives were feeling the pangs of doubt and whose minds were beginning to fill with unanswerable questions.

“42, 42, 867, 530, 9 3:22: ‘The number of all the males a month old or more who were counted was 7,500.’ Is that the one? Is that the one ya like? I think that’s the one ya like, cause I loved it,” said the man who —we cannot emphasize this enough — is the leading Republican contender for the office of President of the United States, to a gathering of students who at that moment suddenly understood why Jesus taught us to pray in our closets and generally saved his harshest criticism for religious panderers.

Sadly, Trump’s gun reference snapped the highly impressionable and captive audience out of their heretical daydreams of finding a meaningful Christianity, and the old teenagers, as though controlled by their parents from afar, began to applaud the demagogue who, incidentally, pronounces Revelation — the final book of the Bible filled with violence, misery, plague, and pestilence — as “Revel Elation.”

At press time, many students who attended Trump’s speech were seen beginning the process of transferring to Central Virginia Community College. Some reportedly decided to stick it out at Liberty for the absurdly low academic standards evidenced by the fact that they were forced to sit through a speech by Donald Trump.

“I mean, that was horrible,” freshman political science major Connor Peterson told reporters on the way out of the assembly. “If that’s what they’re holding up as a good example, then surely the anti-intellectualism I plan to display in my course of study here at Liberty won’t be a problem.”